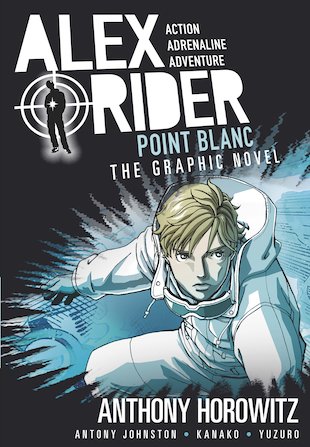 Now in a storming full-colour graphic format. Even better than the real thing! See the action unfold in slamming move-by-move frames. Investigations into the deaths of two of the world’s most powerful men have revealed one link. Both had sons at Point Blanc Academy – an exclusive school for rebellious rich kids. Run by the sinister Dr Grief and set on an remote peak in the French Alps, Point Blanc is a world of its own. Now Alex must infiltrate the school and uncover its dark secret. But the truth is way beyond his worst nightmares. Can he alert the world before it’s too late?