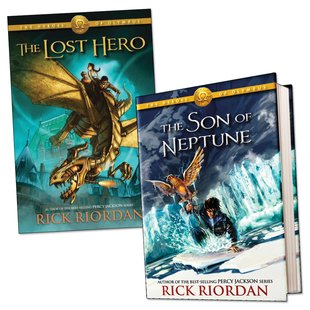 We’ve done the Greek gods. Now meet the Roman gods. Yup: Percy’s back with new heroes, battles and mythical monsters. Our favourite demigod has returned – and this time it’s Roman! (Bet you’re as excited as we are.) And once again, he’s being hunted by monsters. Yay! Only problem is, he can’t remember who he is. He’s washed up at a Roman half-blood camp where they can only figure out one thing: he appears to be the son of Neptune, god of the sea… Rick Riordan’s storming new series sweeps you back into the ancient world for more legendary adventures. The monsters are even badder. The gods are even angrier. And the quest is the most suicidal yet.