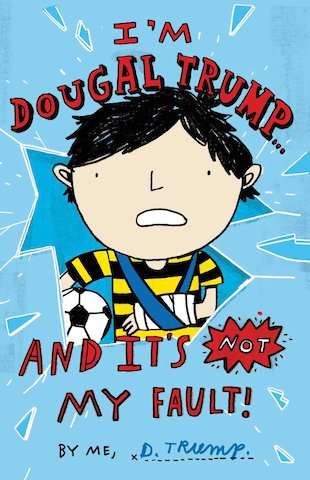 I'm Dougal Trump and It's Not My Fault!

Football-loving Dougal gets the blame for everything! His parents are always telling him off, but he’s completely innocent of all the things they say he’s done. In fact, Dougal is the one who ought to be complaining, because the monstrous creature in the garden shed wants to eat him up! Nobody believes him, even when he writes his will (disinheriting all the people who’ve got on his wrong side). Meanwhile, as limbs and windows alike are broken by rogue footballs and unhinged canines, Dougal finds himself in even bigger trouble than getting munched alive. And worst of all, none of it’s his fault!