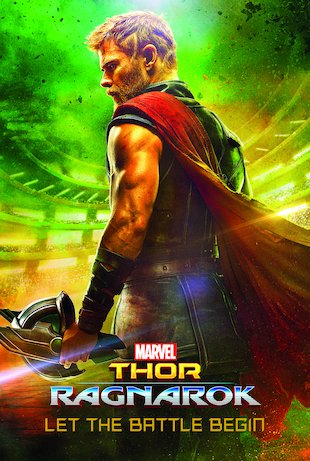 Thor vs Hulk! Who’ll win this clash of the titans? Thor has lost his mighty hammer. It’s the ultimate ‘oops’ moment. Now he’s imprisoned on the far side of the universe, with no way to escape. And he really needs to get out, because the ruthless Hela has taken over Asgard. If he can’t fix things, it’ll be The End: Ragnarok. It’s a race against time to break out, get home and save the day. But first he’s got another, equally deadly appointment. A deadly gladiator battle against his former ally, the Hulk! Which of these mighty strongmen will prove to be strongest?