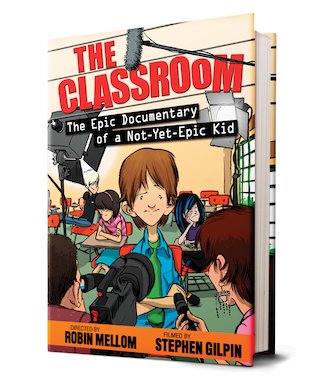 The Classroom: The Epic Documentary of a Not-Yet-Epic Kid

A documentary crew has descended upon Westside Middle School to detail the life of an average seventh grader and his classmates. What they uncover, though, is far from average…

Trevor thinks of himself as just a normal kind of guy as he prepares to start seventh grade. He thinks this school year will be the same as every other. That is, until his best friend Libby tells him that he needs to find some new friends – and ask a girl out to the dance! The very thought makes Trevor want to squirt hot sauce into his eyes… but he soon warms up to the idea after meeting the attractive new girl, Molly! But as seventh grade turns out tougher than expected, Trevor soon realises that to make it through the year, he’ll have to be more than average. He’ll have to be totally epic!