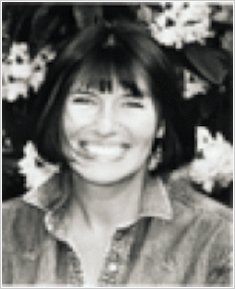 Jill Murphy was born in London in 1949. From a very early age she was drawing and writing stories. “My earliest memory (my mum tells me I was two), is sitting on the kitchen floor surrounded by sheets of drawings.” By the age of six she was stapling her own little storybooks together.

Jill went to a strict convent, and left at sixteen to attend both Chelsea and Croydon art schools. At only eighteen she finished her first novel, The Worst Witch, which was based heavily on her own experiences at the convent school. Three big London publishers turned it down so Jill put it in a drawer and went off to work in a children’s home and as a nanny.

When Jill was twenty four, The Worst Witch was finally published, and was an instant best-seller. Jill became a freelance author and illustrator and many more wonderful books followed. Mildred Hubble has gone on to several more adventures, most recently The Worst Witch and the Wishing Star, and even her own TV show. The Large Family stories are Jill’s other best known stories, picture books telling of the domestic chaos of a family of elephants.

She now lives in Cornwall with her son Charlie.