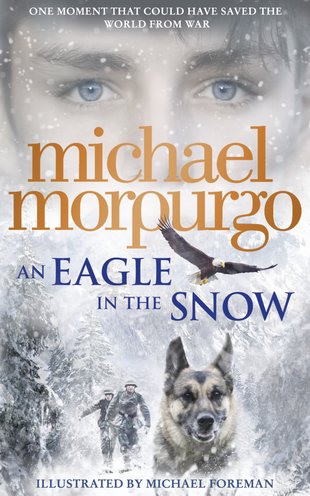 An Eagle in the Snow

War. Adventure. Danger. A world in the grip of Hitler’s icy evil. A wintry tour de force from a true master. It’s 1940. A train is under attack from German fighter planes. Sheltering in the darkness of a railway tunnel, a stranger in a carriage tells Barney and his mum a story. And what a tale it is… The true story of one man who might have stopped World War II. A young soldier fighting in the First World War trenches, twenty years before. On the spur of the moment, he did what he thought was the right thing. It turned out to be the worst mistake of his life. Can he ever put things right?