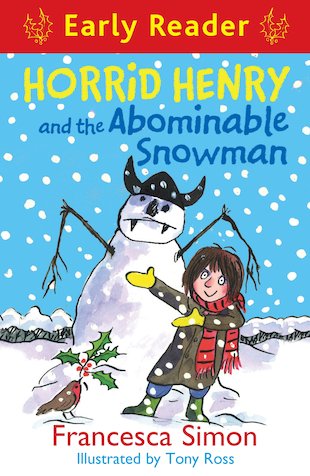 Read in colour with Henry this Christmas! How do you build a snowman? Henry does it with vampire fangs and a pointy Viking hat. Carrot noses and buttons for eyes? Yawn – that’s sooo boring. Henry’s horrid snowman is way more exciting than that! It’s sure to win the Best Snowman Contest. And the prize is tons of ice cream! Yum! Henry can already taste victory. There’s only one problem: Peter the worm…