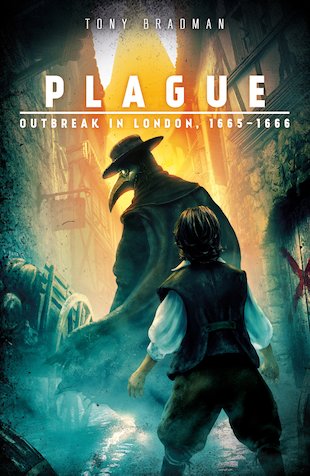 Forget zombie attacks: for real horror in the streets, go back to the time of the plague. The people of London are dropping like flies. Daniel is trapped in a house of death – locked into his home with his infected family, with a red cross daubed on his door. Can he escape before he gets sick too? And if he gets out, what will he find? There’s no one to turn to but cut-throat criminals and corrupt plague doctors. Death-carts roam the streets, collecting bodies. It’s like the scariest disaster movie you’ve ever seen. How will Daniel survive?