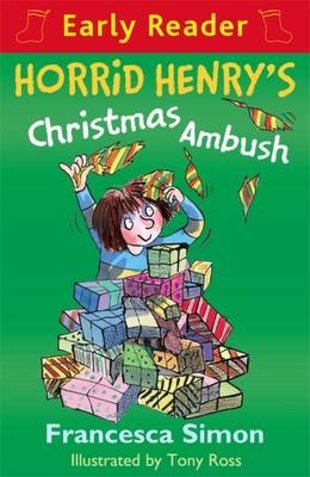 Uh-oh: Santa’s in for a shock! When you decide what you want for Christmas, do you write a nice polite letter to Santa? Horrid Henry has a much nastier idea. He’s going to ambush Santa! Imagine: all the toys in the world, on one poorly defended little sleigh. Santa’s going to wish he’d hired a security guard… Chuckle out loud at Henry’s antics in this cheeky festive easy reader. Who said ‘season of goodwill’? For Henry, it’s the season of bad-will…