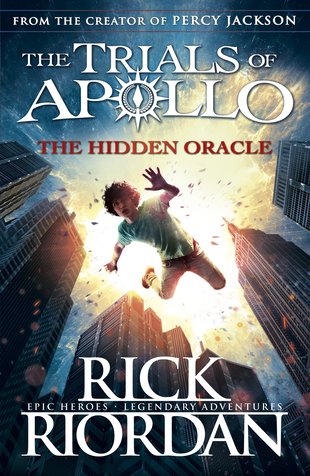 The Trials of Apollo #1: The Hidden Oracle

Who needs an oracle to see the future? We’ll tell you right now that Rick’s storming new hero is more of exactly what you love. How do you punish a god? By making him human. The immortal god Apollo has cheeked his father, Zeus. Oops. Now he’s been cast down from Olympus – and he’s just crash-landed in New York City as a regular teenage boy. Apollo might be 4000 years old, but without his divine powers he’s about as ready for modern city life as a newborn baby. Even worse, while Apollo has lost his dad’s favour – and his godly good looks – he’s not shaken off his old enemies. He needs a hideout. Like Camp Half-Blood…