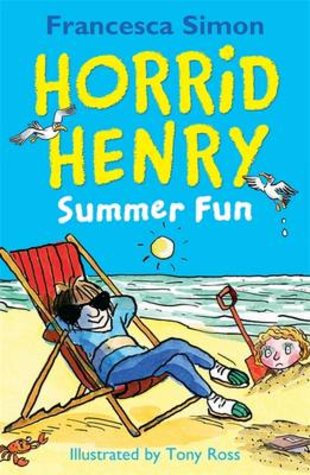 School’s out! But even in the holidays, Horrid Henry never takes a break from being naughty. After all, now he has loads of time to do what he does best: cause mischief and make the neighbours cry! Join your favourite bad boy for all-out summer mayhem in this cheeky collection of six best-loved stories, plus puzzles and jokes. There will be weddings, cakes, sleepovers – and loads of big laughs! Tee hee hee!