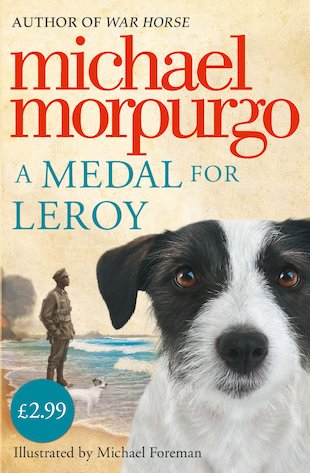 A Medal for Leroy

Michael can’t remember his father, an RAF pilot who was killed in a Spitfire battle over the Channel. And his French mother, heartbroken and passionate, doesn’t like to talk about him. But when Michael’s Auntie Snowdrop gives him a medal and a faded photo, a story begins to be told. A hidden story of love and loss, courage and family secrets. A story that will change everything – and show Michael who he really is…