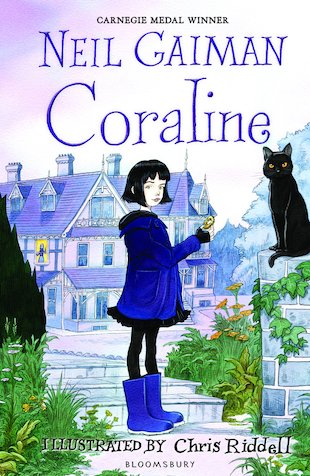 Nothing’s freakier than normality, twisted just a little out of shape. Don’t believe us? Read this! It all starts when Coraline moves to a huge, rambling house. There’s something strange about the place. It’s not the mist, or the sinister cat, or even the weird neighbours. It’s the other house, behind the door in the drawing room. It’s exactly like Coraline’s real house, with the same carpet and furnishings. Even stranger, another set of parents are waiting for Coraline there. Except that this mother and father have black-button eyes and papery skin. And they don’t want to let her go home…