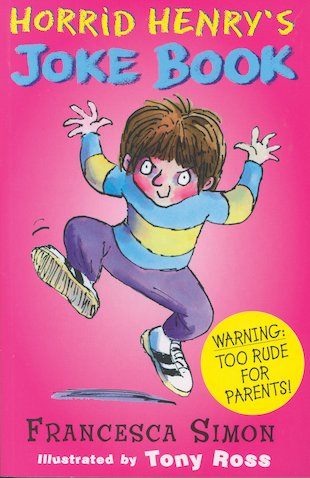 Read Henry’s cheeky story all on your own. You’ll think it’s great. But will Mum? Bags of naughty giggles in a super-funny colour reader – plus a FREE book of jokes thrown in! It’s Mother’s Day. The day when Henry thoughtfully shows his mum how much he loves her. Hmm… can that really be right? Ha ha – of course not. Mother’s Day? Bleccch! Why bother with mothers when you can have Children’s Day instead?