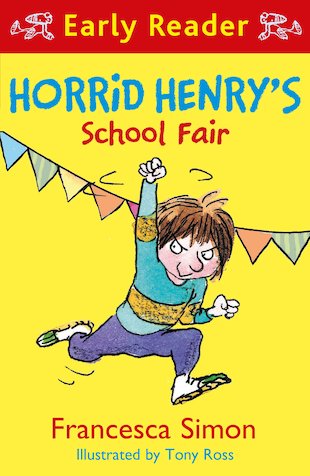 It’s the school fair – but will Horrid Henry play fair? Tee hee hee: what do you think? He’s sick of never winning at the raffles and tombolas. So now he’s decided to cheat his way to the top prize. But nobody told Henry that life’s not all about winning. And what’s the prize, anyway? Uh-oh… See what Henry wins in this cheeky easy-reader, full of hilarious colour pictures and big bad laughs!