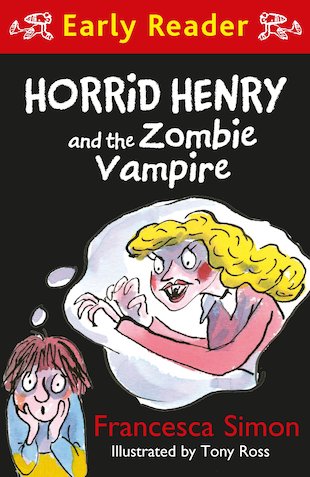 Do you think a spooky sleepover at the local museum sounds exciting? Henry doesn’t. He thinks it sounds BORING. So he decides to shake things up in typical horrible style. Could there really be a terrifying zombie vampire on the loose? Henry soon has his classmates worried that Miss Battle-Axe and Miss Lovely might be scarier than they seem… Laugh out loud at Henry’s latest wicked plan in this short book with funny colour pictures. Will it tickle you silly – or will it scare you silly? It all depends whether you believe in zombie vampires…