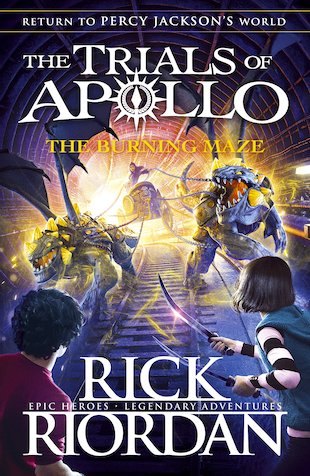 The Trials of Apollo #3: The Burning Maze

Think being the sun god is all sweetness and light? Myth master Rick Riordan says NOPE! In fact, Apollo must have done something to really upset Rick, because he’s been cast down to Earth in the body of a dorky mortal boy. Okay, okay. It’s not really Rick Riordan’s fault that Apollo ticked off his father Zeus, and got stripped of his godhood as a punishment. The big question is: what now? Staying as Lester – his human self – is a fate worse than death. Trouble is, the only escape route involves a series of seriously scary trials. Such as facing a very odd Oracle who only speaks in puzzles, and defeating a really rotten Roman ruler!

most of you thought this was not for you