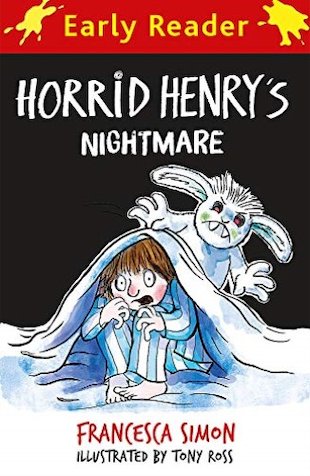 Tiny terror Horrid Henry is every adult’s nightmare. But what keeps him awake at night? Find out in this cheeky full-colour story: one to read on your own on a dark, stormy night – if you dare! Henry’s bad dream is seriously spooky. It has a monstrous bunny with terrifying teeth, a ghost and a slimy zombie. But Henry is WAY too tough to show how scared he is. Right?