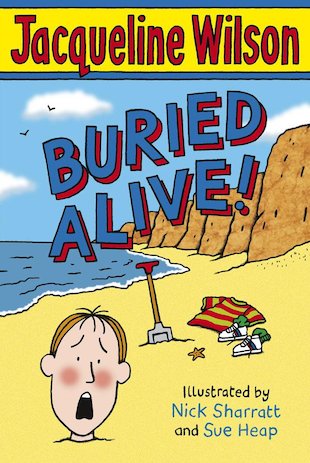 Jacky plus Nick Sharratt: laughs in spades. If bullies try to turn your beach break into a holiday from hell, what should you do? Well – don’t ask Tim. He has no idea. He and his friend Biscuits were having a great time. Only now two awful bullies, Prickle-Head and Pinch-Face, are ruining their stay. Then bouncy, tough Kelly rolls up in her mum’s caravan. She helps the boys stand up to the bullies. But what will happen when the friends fall out and the bullies get the upper hand? There’s only one thing to do: laugh those losers right out of town.