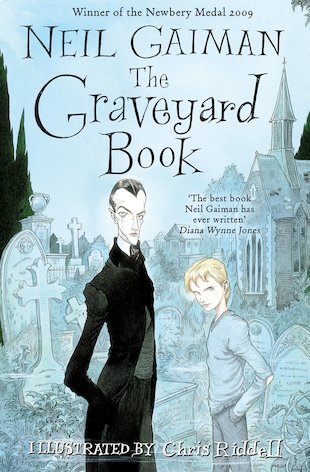 A Carnegie Medal winner by the genius author of Coraline. The superbly spooky story of a living boy raised by ghosts. When a tiny baby escapes a murderer who wants to kill his entire family, he finds safety in the local graveyard. Brought up by the cemetery’s friendly ghouls and spectres, Bod learns all his life lessons from dead folk. But the killer is still stalking him. Danger is coming. Bod must act fast if he doesn’t want to end up stuck in the graveyard for all time…

“A captivating piece of work, light as fresh grave dirt, haunting as the inscription on a tombstone.” Financial Times