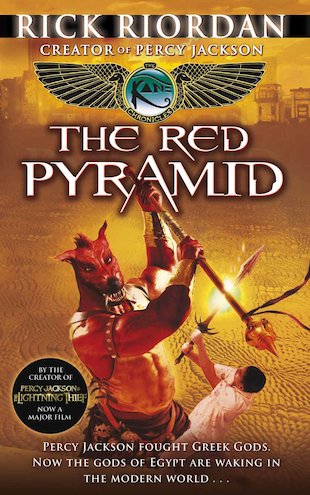 The Kane Chronicles: The Red Pyramid

Carter and Sadie barely know each other, let alone their father, the brilliant Egyptologist Dr Julius Kane. But one night, their father brings them together at the British Museum, promising a ‘research experiment’ that will set things right for the family. Until his plans go horribly wrong. An explosion unleashes a cruel and ancient evil – the Egyptian deity Set, the god of chaos and the night, who banishes their father into oblivion. Alone and fleeing for their lives, Carter and Sadie must embark on a dangerous quest, racing from Cairo and Paris to the American Southwest in a desperate attempt to save their father – and their world. Rip-roaring adventure steeped in Ancient Egyptian mythology from Rick Riordan, the author of the Percy Jackson books.