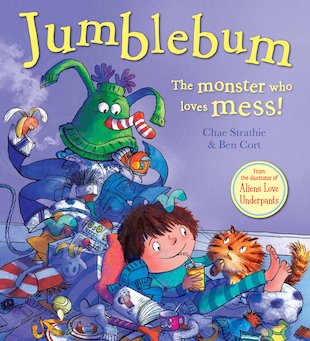 Johnny thinks that his room has its own special style. But Mum thinks his room is a horrendous MESS! Johnny doesn’t care… until the chaos attracts the terrible Jumblebum Beast. Is Johnny about to end up in the Jumblebum’s TUM? A hilarious rhyming story about the importance of tidying up, brought to life by sweetly wacky pictures from Ben Cort, the bestselling illustrator of Aliens Love Underpants.