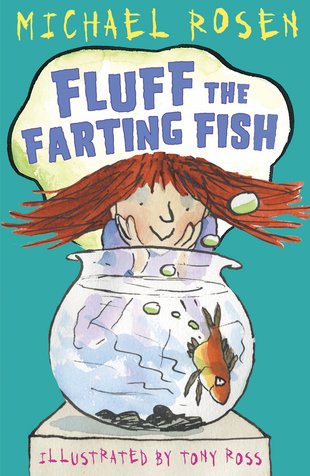 Elvie really wants a puppy. Instead, she gets a fish. When Mum comes back from the pet shop with Fluff the goldfish, Elvie refuses to feel disappointed. She’s sure she can train Fluff to do amazing tricks. It might just take a bit of time. At first, things don’t exactly go swimmingly. Fluff can’t beg, sit or bark on command. But he can fart. Will Fluff’s smelly talent turn him into the world’s first performing goldfish?