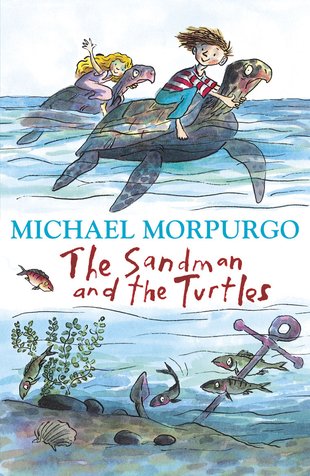 The Sandman and the Turtles

Morpurgo at the seaside in full colour! Dragons, shipwrecks, giants. Brought to life by Tony Ross’s glorious colour pictures. Even better than a holiday. Every summer, Michael goes to stay at his cousins’ farm on the Welsh coast. Every year, he swims with seals, watches whales – and listens to his old grandpa’s stories. Tales of blood-red dragons sleeping in coves on Whaletooth Beach. Stories of sea captains and shipwrecks. And of the giant Sandman and his turtles, who sweep Michael off on a magical fantasy quest!