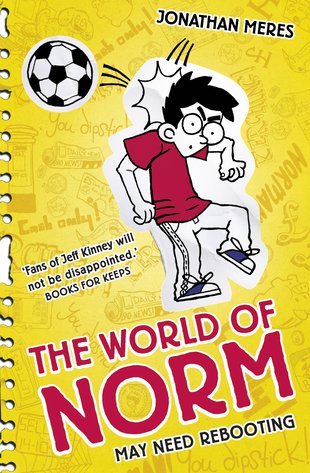 The World of Norm #6: May Need Rebooting

This misery-guts loves to moan, and we love to listen. (It’s not just us. So does Harry Hill.) You might think Norm doesn’t have much to complain about. He’s got a massive book series. Comedian Harry Hill is his no. 1 fan. He’s even won awards, for crying out loud. But even we can sympathise a bit when Norm wakes up in 18th century France. Or is he just asleep in history class? Forced to play football. Punished for sleeping. More misery with the British Wimpy Kid.