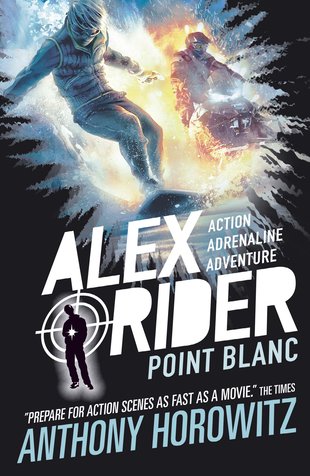 The Levi’s 501 of spydom. Imitators? Fail. Teen spy Alex Rider is the original and best of his kind. Investigations into the deaths of two of the world’s most powerful men have revealed one link. Both had sons at Point Blanc Academy – an exclusive school for rebellious rich kids. Run by the sinister Dr Grief and set on an remote peak in the French Alps, Point Blanc is a world of its own. Armed only with a fake ID and some new gadgets, Alex must infiltrate the school and uncover its secret. But the truth is way beyond his worst nightmares. Can he alert the world before it’s too late?