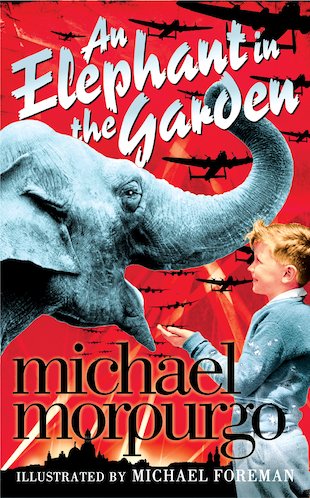 An Elephant in the Garden

It’s 1944. Elizabeth’s father is fighting with the German army on the Eastern front. Meanwhile, her mother works at Dresden zoo, where her favourite animal is a young elephant named Marlene. When the zoo director tells her that all the dangerous animals must be shot to prevent them running amok if the town is bombed, Elizabeth’s mother moves Marlene into the back garden to save her! But then the bombs hit Dresden in a hail of deadly fire. With their home destroyed, Elizabeth and her family must flee the bombed-out city and race through the wintry landscape, as menacing Russian troops approach. It would be hard enough – even without an elephant in tow!

This heart-stopping novel from one of Britain’s greatest storytellers tells the thrilling and moving story of a wild animal caught up in a very human war.