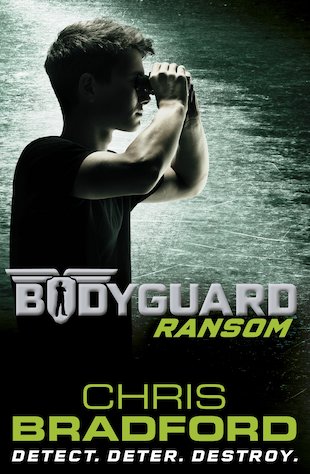 Looks like an overgrown kid. Fights like a deadly adult. At fourteen years old, martial arts expert Connor Reeves isn’t your typical bodyguard. That’s why he’s so good at it. Connor has survived his first mission (just). Now it’s time for round two: a sea voyage on a luxury yacht. Envy, kind of. His job is to protect the twin daughters of an Australian media mogul. It’s a watertight operation – until the unthinkable happens. Far out to sea, trigger-happy pirates hijack the yacht, demanding multi-million-dollar ransom. The big flaw in their plan: they don’t know Connor Reeves is aboard…