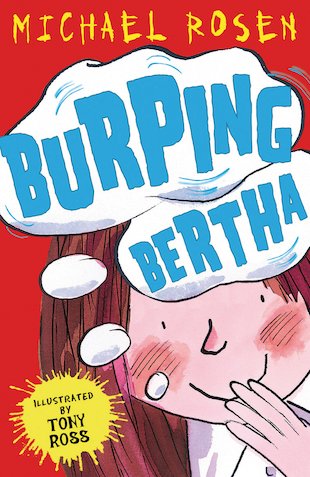 A super-silly favourite by funny genius Michael Rosen. Can you burp as loud as Bertha? We bet you can’t: nobody can! Bertha’s burps are so powerful they knock apples off trees. They deflect footballs, and send her teacher’s glasses flying! In some schools, she’d get told off. (Sigh.) Instead, Bertha’s headmistress asks her to perform at the school concert. From that moment on, Bertha is famous! Newspapers beg for her story. She stars on TV shows. Record deals and film offers flood in. But as Bertha’s burps get bigger and bigger, will her talent get her into trouble?