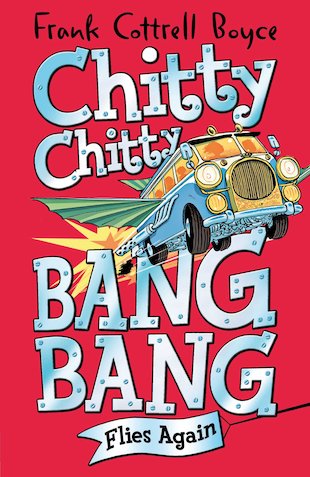 The world’s most famous flying car is back in the air! A sky-high caper by the Millions man. Carnegie Medal winner Frank Cottrell Boyce revives 007 creator Ian Fleming’s classic Chitty series. Result: a crazy flight of imagination. One day, the Tooting family find a vast abandoned engine. What should they do with it? Fit it to their camper van, of course. Trouble is, that engine used to belong to a magical flying car. And it wants to get back on the road (and into the air) again! As the ghost of Chitty races off find her long-lost bodywork, the startled Tootings have no idea what’s going on. Then Chitty’s old enemies join the chase… Fast, furious and totally delightful.