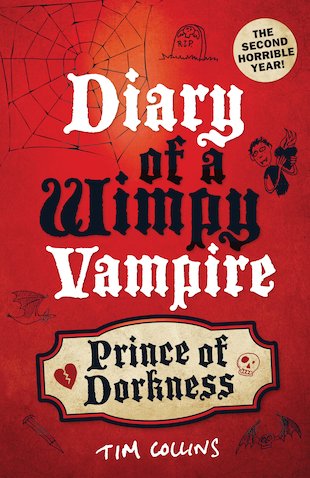 Diary of a Wimpy Vampire: Prince of Dorkness

In his second hilarious diary, pitifully puny vampire Nigel Mullet starts the new term as one of the most popular kids in school. Even better, he’s finally got a girlfriend after more than eighty years of being single! But his revamped lifestyle quickly starts to unravel when new pupil Jason joins the school – setting his sights firmly on Nigel’s girlfriend. Oh, and it also seems that Jason is a werewolf. Grrrrrr! Blood will flow and fur will fly!