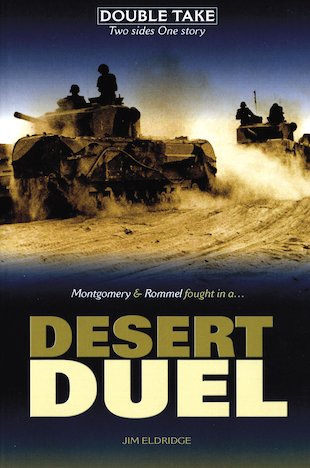 This is the story of two of the greatest warlords in history. When the Second World War begins, both are commanders in their respective armies. They are destined to meet in the blistering heat of the North African desert in one of the most crucial battles of the war. The outcome will change the course of history – but victory will only go to one man…

Outspoken and in favour of aggressive fighting tactics, Montgomery is put in charge of the Allied Eighth Army by Winston Churchill. He is determined to face Rommel’s German troops head on. Meanwhile, known by the Allied forces as ‘The Desert Fox’, Rommel is a favourite of Hitler, who appoints him in charge of an elite German tank division. His mission: to destroy the Allied armies in North Africa…