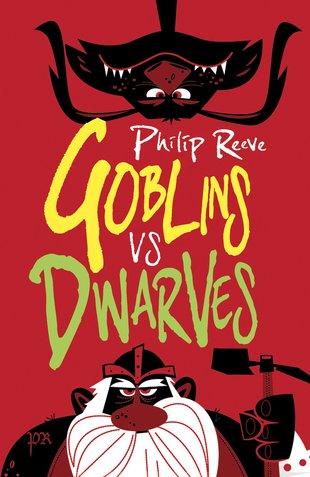 The awakening of ancient sorcery has brought new threats to the goblin stronghold of Clovenstone Keep. Now a sinister network of tunnels is sneaking into the heart of goblin territory. The fearsome dwarves – ruthless, cunning and covered in mole-droppings – have launched an underground invasion. And when the dastardly dwarves and their armoured moles steal the goblins’ magic, Skarper and his pals must fight back! As hapless heroes Skarper and Henwyn try to defend the magic of their castle, there are dark forces that must be vanquished, monstrous creatures to defeat, and astonishing mysteries to be solved… More action-packed drama from one of the masters of children’s fantasy fiction, Philip Reeve.

“I wouldn’t be surprised if there is a sequel and hooray for that… An utterly charming delight.” Telegraph

most of you thought this was rubbish