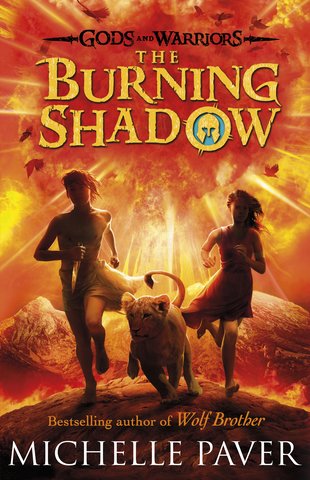 Gods and Warriors: The Burning Shadow

Wolf Brother fans! Hylas is on the run in an Ancient Greece of myth, terror and magic. Second in Michelle Paver’s epic series – a total must for Percy Jackson fans. The gods are alive. Magic is real. And Hylas is in terrible danger. Captured by slavers, he is put to work in the terrible underground mines of Thalakrea. If that wasn’t bad enough, he’s now closer than ever to his murderous enemies, the Crows. He must escape. Then Fate reunites Hylas with Pirra, daughter of the High Priestess. Now their lives depend on ancient magic and an orphaned lion cub. Unless the gods have other plans…