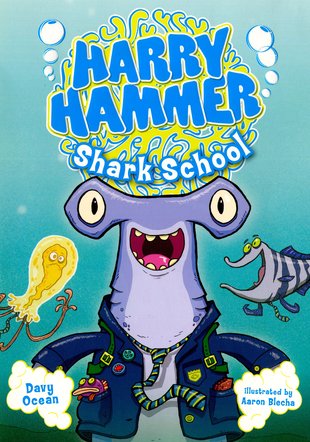 The laugh-aloud antics of a wimpy shark who dreams of being cool (despite a funny head). Harry Hammer is a young hammerhead shark who’s making a big splash on Shark Point. Join him in his second hilarious story, where he learns that being yourself can sometimes work out rather better than expected! When a crew of humans arrive at Shark Point to film an underwater documentary, both Harry and Rick Reef want to be the star of the show. But Harry has one special trump card that his rival Rick can’t match… Finding Nemo meets Diary of a Wimpy Kid in this sharkly funny series!