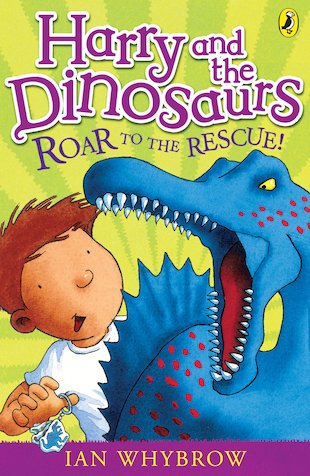 Harry and the Dinosaurs: Roar to the Rescue!

Harry thinks he’s too old for his bucketful of dinosaurs – but they have other ideas! He looked after them when he was little, and now they’re determined to stick by him… for life. And Harry isn’t the only one who’s got a lot bigger! When a mysterious set of plastic dinosaur cards appears on his keyring, Harry soon discovers that with just a rub of his finger, he can call up an army of MONSTER-sized muscle! So when Harry hears that Mr Oakley has been robbed by a nasty crook, he resolves to solve the crime. And after a night visit from a spinosaurus, Harry realises that he has a whole pocketful of dinosaur backup!