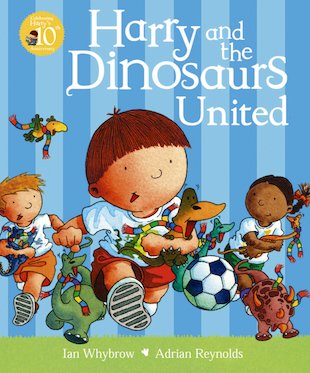 Harry and the Dinosaurs United

Harry’s football team are trying their best, but they just keep falling over each other. Could a little trick called teamwork help them to start winning? With boys, girls and lots of dinosaurs zooming round the pitch, it’s time for the players to unite – and win the best prize ever! A fantastic tale of ballplay and teamwork starring Harry and all his dinosaurs.