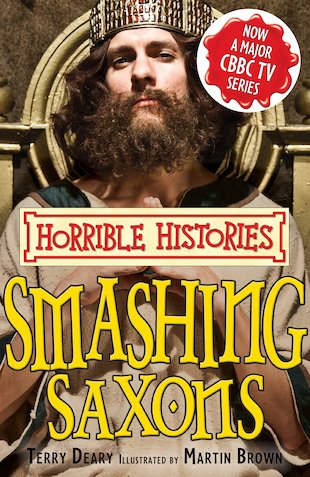 The horrible book to go with the TV series! The smashing Saxons were a rough tough bunch who liked nothing better than a bloody battle. They had great fun bashing the Brits… until they got nobbled by the Normans. Read on to shudder at the warlike ways of their pillaging people, and to find out…

So read all about the savage Saxons. It’s smashing fun!