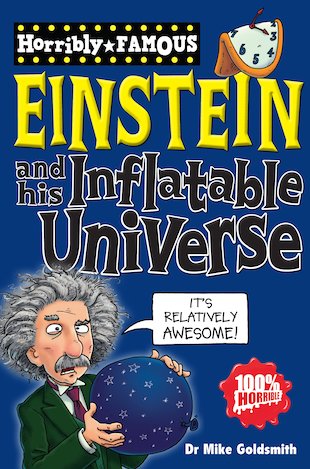 Albert Einstein. The genius who invented e=mc2. Possibly the brainiest scientist in history – and the battiest! But did you know that Al’s life was almost as wild as his hair? Not only was an unruly young Al expelled from school, but he was spied on by the Nazis and the FBI. And after he died, he had his brain removed! Yes, even though he’s dead, Al’s still full of surprises!