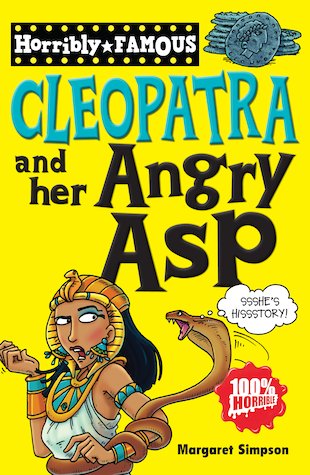 You’ve probably heard of Cleopatra. She’s dead famous for: having a fling with Julius Caesar and Mark Antony; getting carried away with her eyeliner, and having a nasty accident with an asp. But did you know that Cleo married both her brothers, was dead brainy and spoke nine languages, and had her little sister killed? Yes – even though she’s dead, Cleo’s still full of surprises!