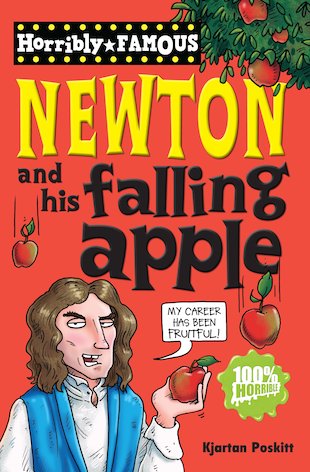 You’ve probably heard of Isaac Newton. He is dead famous for: discovering gravity, being a right clever dick – and getting hit on the head with an apple! But did you know that our Isaac came bottom of the class at school, poked sticks in his eye and nearly blinded himself, and nearly got himself executed? Yes – even though he’s dead, Isaac’s still full of surprises!