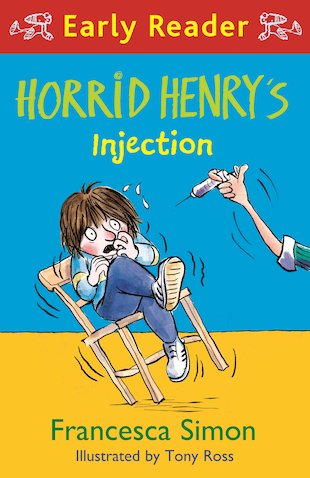 You’re not scared of a teensy little injection, are you? But tough nut Horrid Henry is. Our horrid hero wants you to think he isn’t scared of anything. (Were you fooled?) But just like so many things in Henry’s life, it’s a big trick. Here’s the thing – Henry hates injections. He’ll do nearly anything to avoid having one. But now he’s stuck in Doctor Dettol’s waiting room, steeling himself for his turn with Nurse Needle. He needs a horrid plan. Can he think of one in time?