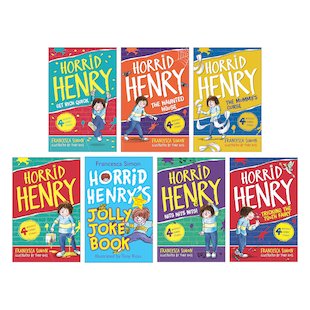 Our horrid hero has stuffed every evil prank he knows into this whopping sack of funnies. And it feels good. It’s got laughs. It’s got horrid schemes. It’s got the naughtiest boy in the whole world. And that’s not all – it’s even got a FREE joke book! What dreadful mischief will our horrid hero get up to? Sometimes it’s good to be bad!