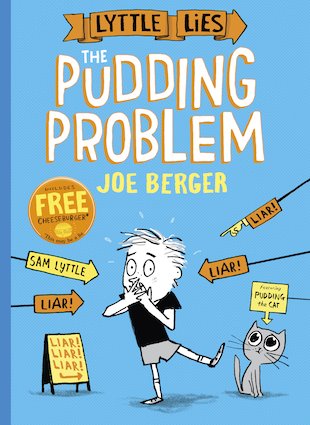 Shortlisted for the 2018 Scholastic Lollies Awards.

Has Sam Lyttle told you about the day aliens attacked his town? Or the time a sinkhole swallowed his school during assembly? Strange and incredible things happen to Sam all the time. Is that because he’s lucky? No – it’s because he’s a mahoosive liar! Most of his lies are harmless; tall tales and fibs. But when he’s accused of a bunch of weird pranks, how will he talk his way out of it? A ping-pong ball in a jar of peanut butter. Two pounds of potatoes in the washing machine. No one believes Sam when he says it’s not him. What do you think? Is he telling the truth – or is this whole book a lie?