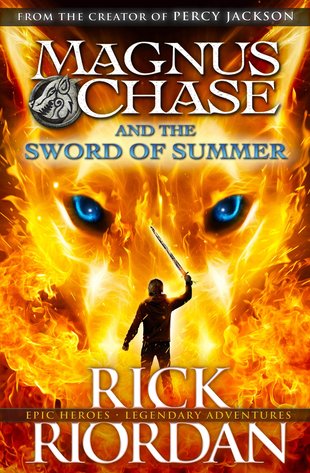 Magnus Chase and the Sword of Summer

Move over, Percy Jackson: the Vikings are in town! Fire giants on the attack. Immortal warriors locked in battle. Unkillable wolves with glowing eyes. Your thing? Read on. Rick Riordan brought us Percy Jackson and The Kane Chronicles. Now: a Norse epic fit for gods and kings. Magnus Chase is an orphan living rough on the streets of Boston. Think things can’t get any worse for him? Wrong. The good news? Magnus is really the son of a Norse god. Problem: the Norse gods are going to war. Doomsday is ahoy, unless Magnus can stop it. Oh yes – and first he’s got to die. Yes: DIE . For real. (No fun.)