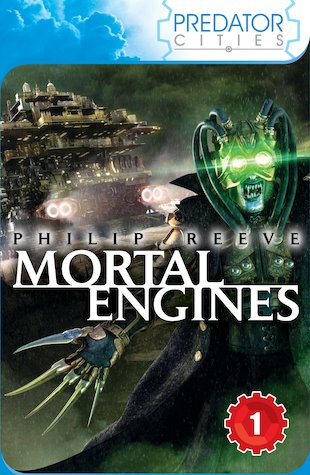 London is a city on wheels – a future city like you’ve never known before. In the terrible aftermath of the Sixty Minute War, cities which survived the apocalypse became predators, chasing and feeding on smaller towns. Now London is hunting its prey, getting ready to feed. But as the chase begins, Tom uncovers a secret – a secret full of deadly consequences. Soon he is plunged into a world of sinister enemies and stalking robotic killers, fighting to stop the detonation of a weapon that will tear his universe apart… Moving from the relentless city of London to the wastelands of the Great Hunting Ground, and taking you for the first time into Philip Reeve’s violent steampunk future, this is a book to devour in one go, and then feed on again and again.

Winner of the Nestle Gold Award and the Blue Peter Book of the Year Award.

“Reeve has managed to marry the hugeness of his imagination with an utterly compelling and child-friendly storyline.” Anthony Horowitz