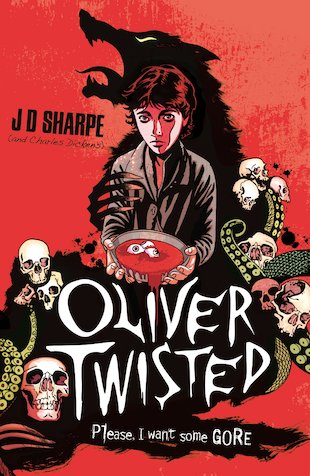 “Flesh,” the woe-begotten moaned at Oliver, baring teeth which were ragged and black. “Flesh” came another moan, and he turned to see two more behind.

The world according to Oliver Twisted is simple. Vampyres feed on the weak, orphans are sacrificed to hungry gods – and if a woe-begotten catches your scent, it will hunt you forever. On the advice of a corpse, Oliver flees his ghastly orphan life to seek his destiny amid the dark, twisted streets of old London Town. There he meets the shadowy Dodger, the evil soul-stealer Fagin, and the menacing Bill Sikes, who is more beast than man. But will Oliver Twisted be the world’s salvation, or its downfall? Charles Dickens’ classic novel gets heaps of brilliant new twists in this spine-chilling 21st century rework!