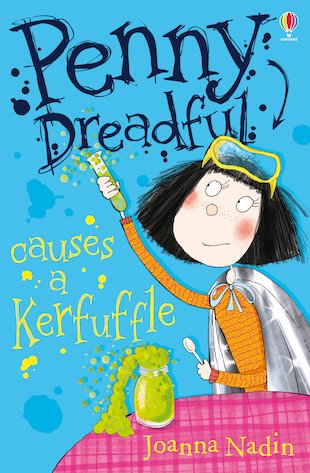 OK – Penny isn’t really called Penny Dreadful. That’s just her dad’s idea of a JOKE. Her actual name is Penelope Jones. All the same, this little minx hasn’t picked up her nickname for nothing! It’s not that Penny means to do dreadful things. In fact, she only wants to help out and do her best. But when she tries to make Joshua Bottomley fall in love with her big sister Daisy, all she does is create a big kerfuffle!

“A wickedly funny new creation and worthy contender to Horrid Henry.” The Bookseller