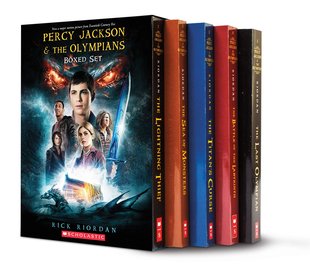 Meet the NYC kid who fights ancient monsters in 21st century style. The Greek gods are alive. And so are all your worst nightmares. ‘Troubled’ New York teenager Percy Jackson is used to bully-boys and angry teachers. But when he discovers he’s actually the son of Poseidon, he finds himself facing real-life monsters. Now he’s being packed off to Half-Blood Hill, the Long Island camp where the offspring of Greek gods are trained. But battling legendary monsters is only part of the timetable. Percy must also save or destroy the world – all by the time he turns sixteen. The complete box set, now with a stunning movie cover almost as handsome and godlike as Percy himself.